The Boys from the Blackstuff, Mount Doom and a Dragon. 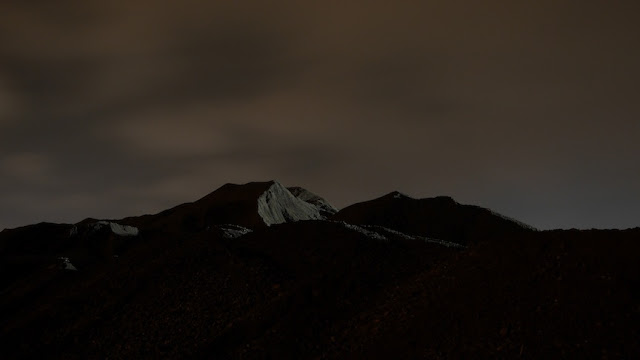 After weeks stranded at mothers, I needed another place to stay and wait for medical results. I can’t fit on her driveway so being parked halfway on the footpath both leaves me with a listing ship whilst inside, and an unwelcome obstacle for passers-by. And using electric hook-up is a no-no, as having a trailing cable crossing a public footpath is likely to get me sent to Guantanamo Bay. No I needed somewhere level, out of the way and accessible so people could fetch me supplies I couldn’t carry, like fresh water, propane. This took some doing. No-one I knew had a driveway big enough or any other space at all. However, as my son joked about parking in the yard where he worked – I said “ask your boss, see what he says”.

Well, Big Boss didn’t mind – and despite my offer to pay something but he wasn’t even bothered – and I could even hook up to the electric. Well, this was a gift horse I’ll not be examining to closely. I attached by bicycle to my van and with a little help, I moved the single mile to what I later called Mordor.

There’s a simple reason for this, everywhere is black, the ground, the work, the men, the machinery and anything downwind. It’s a yard where tarmac is processed. Interestingly much of what we drive on is recycled. When a road needs renewing, its torn up, trucked over to the yard, processed, then trucked back to a new road project, added to some tar in a big machine and laid out for us to drive on (me too I hope). There are shovels, conveyers, excavators, and a stream of articulated tipper trucks coming in and out.
In addition to the Bosch-like scene, there is a factory that spews out steam from towers that light up with red eyes each night, and in the opposite direction, a gas tower. It burns day and night. It has a life of its own, normally it has yellow flame, but sometimes it spews out enormous black smoke, like you’d expect in a war zone, spitting and crackling as it tries to clear its throat. But most of the time it breathes out like a dragon. At night, the flame spreads a beautiful glow across all the reflective surfaces, the fields of truck trailers nearby, the ever-present oily puddles in the macadam and the dinosaur-like machines in the yard. It’s flickers like a candle in a Dickensian bedroom. When the atmosphere is overcast, the pulsating glow spreads across the sky like a distant apocalypse – sometimes making the local news. Here in the yard it makes the black mountains of macadam look like Mount Doom. The gas tower is a dragon and the paper mill beyond is the Eye of Sauron. Who would expect to find such beauty in this pit of filth. Isn’t life so surprising?

So here on the edge of a decommissioned chemical plant I now reside. How long for I don’t know, at least until medical tests have been exhausted, after that, who knows. A longer-term plan will need to be hatched if I cannot drive – otherwise it will be the back to the Road. 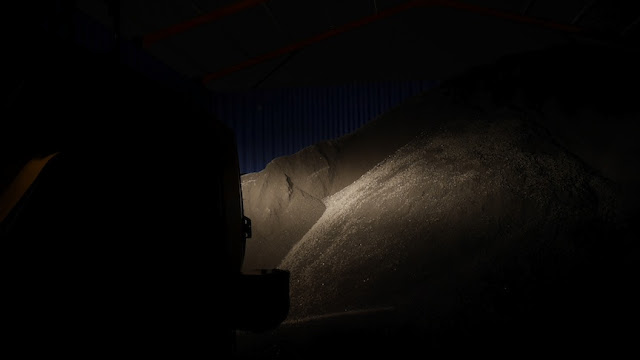 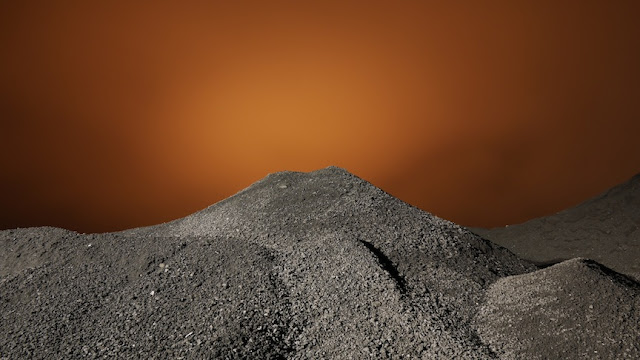 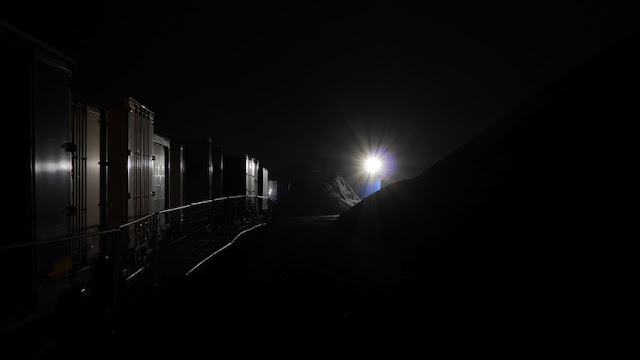 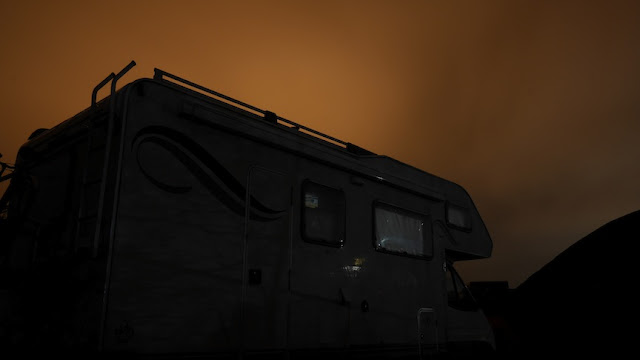 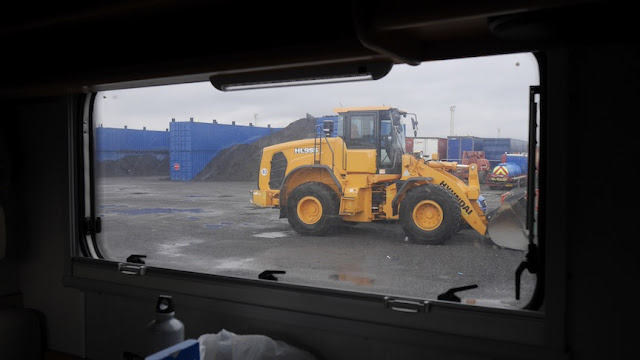 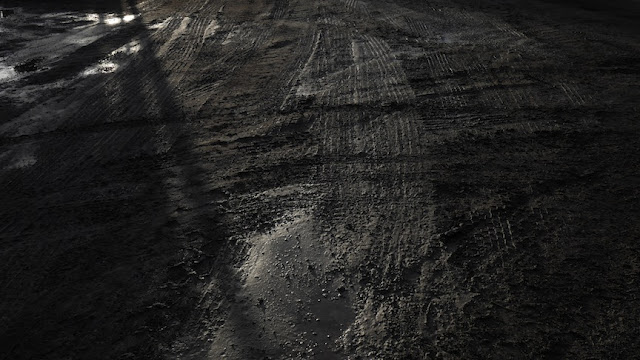 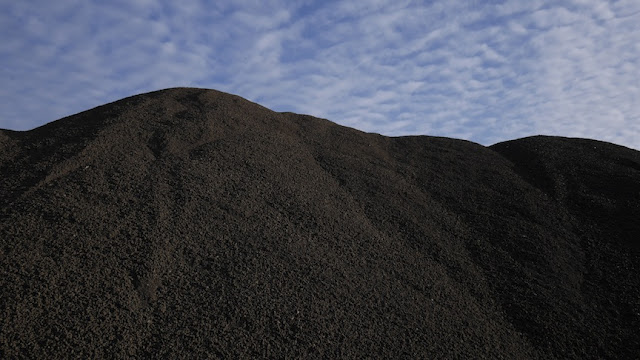 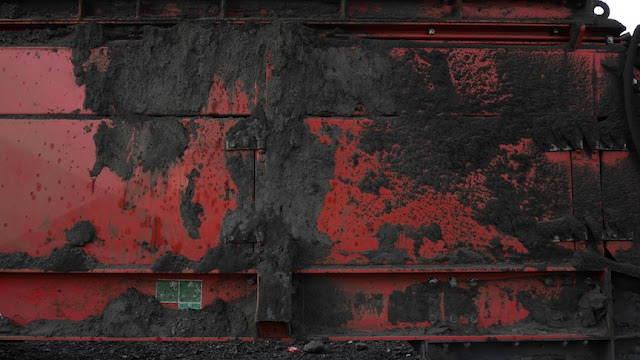 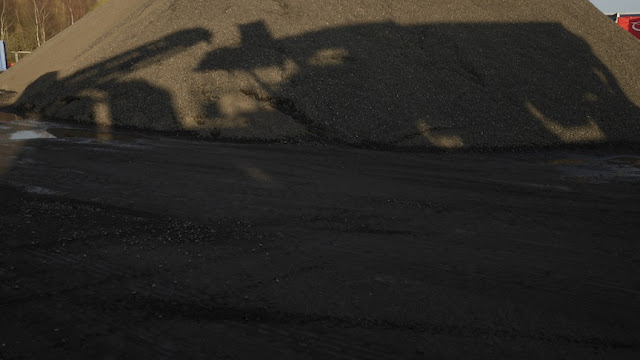 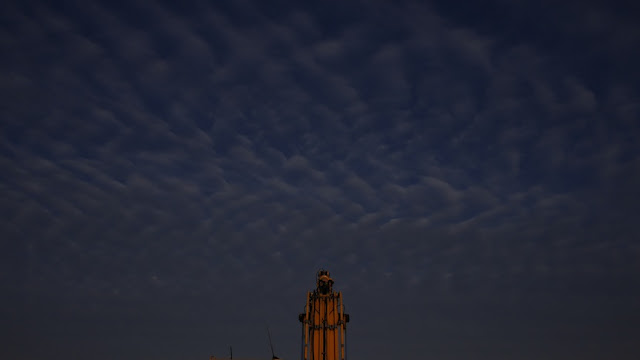 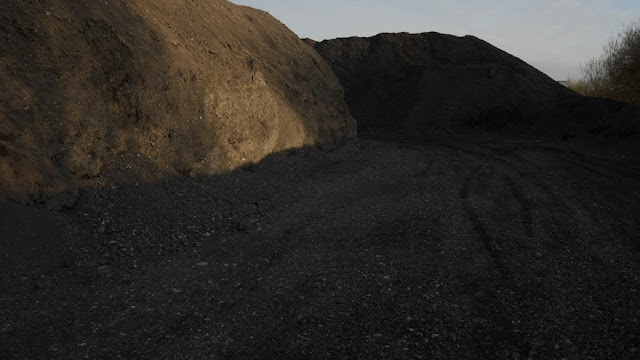 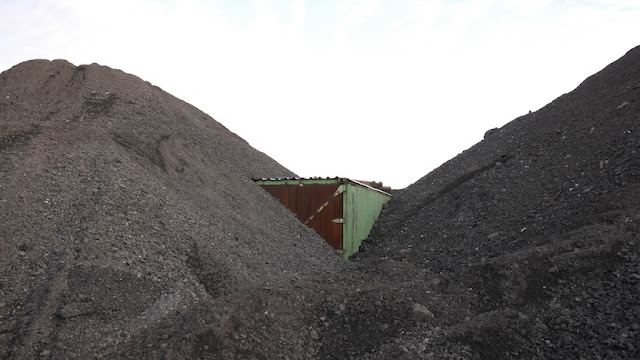 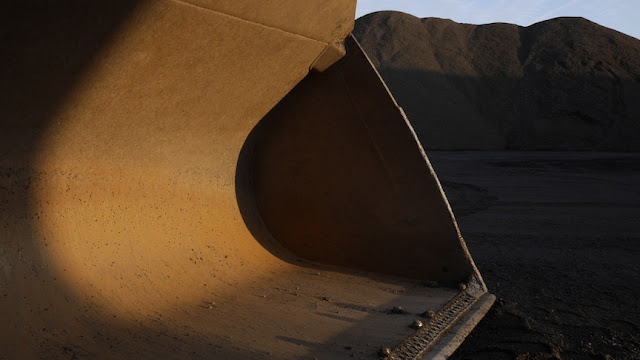 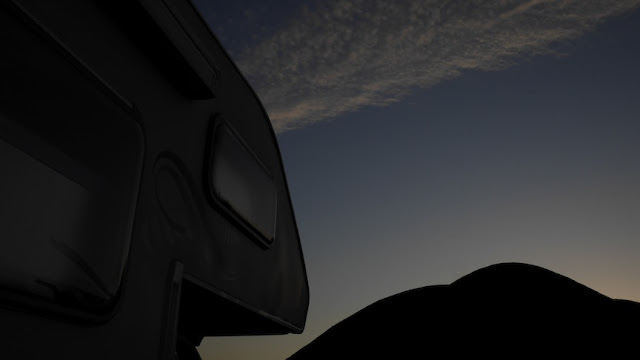 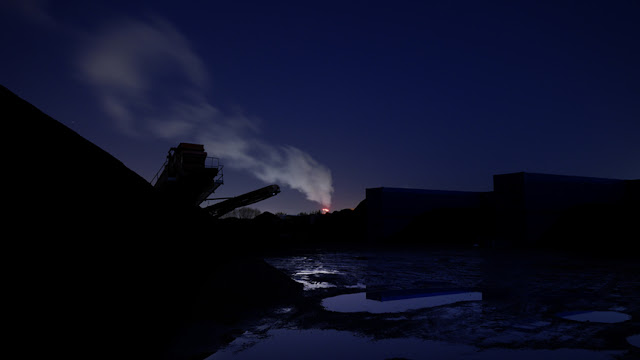 Posted by mike stephens at 11:55 No comments: